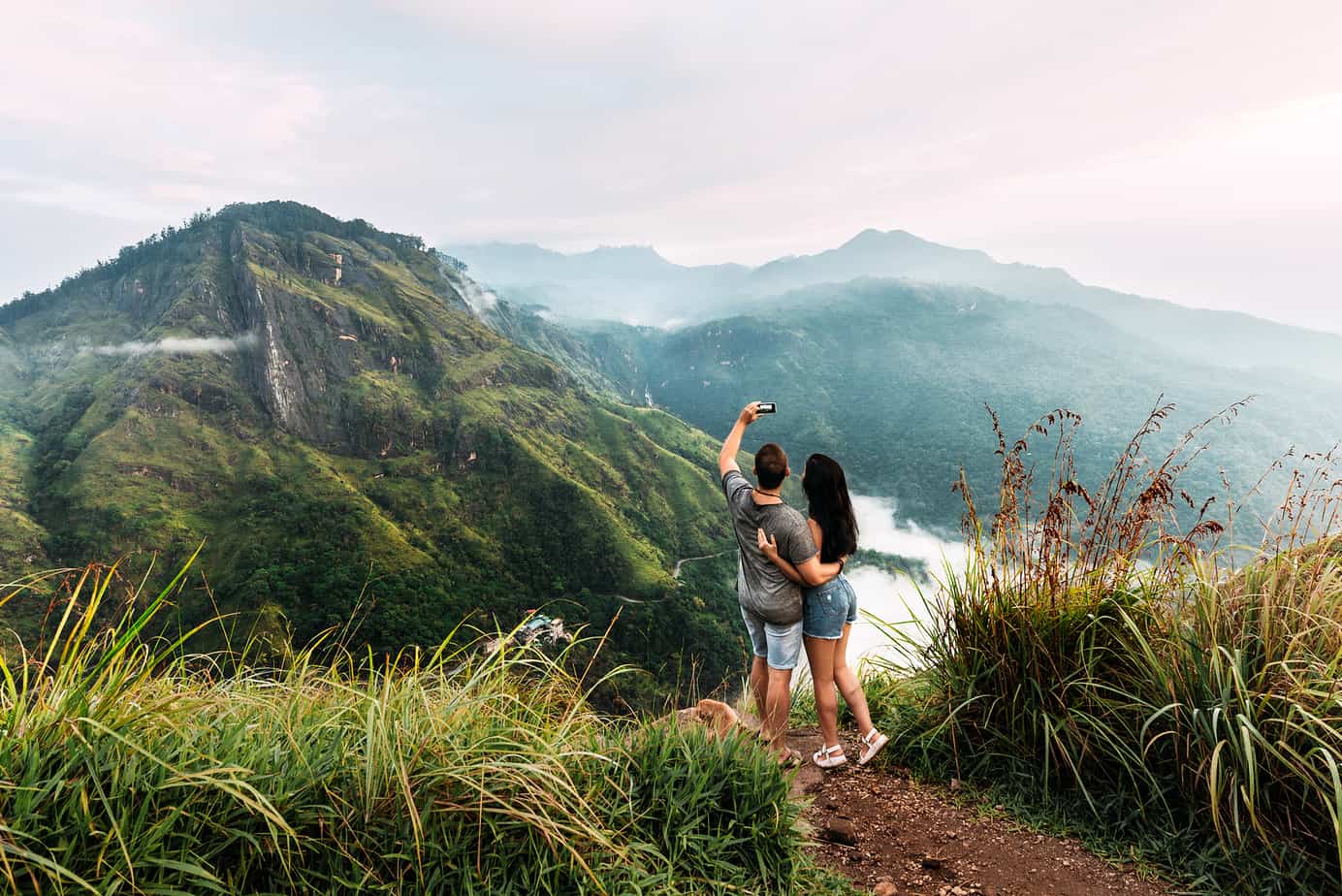 I’ll be the first to admit, I’m not the most traditionally adventurous person out there.

Sure, I swam with whale sharks, I drove from Vermont to Florida and back on my own, and I’ve undergone the needle to get no less than 9 tattoos. But to me, these didn’t take much of a wild heart. They just fit with my independent spirit and my desire to have rich experiences.

This blog doesn’t yet showcase skydiving, bungee jumping, scuba diving or other activities I’d deem “adventure travel.” We’re kind of quiet folk (despite what my college friends might claim) who prefer books and hikes, and now that we’re both in our 30s, I can’t exactly see us jetting off for Thailand’s infamous Full Moon Party. But that doesn’t mean we don’t have adventures.

And I can’t speak for Nathan–he’s eaten fried bugs, would love to learn scuba diving, and would probably be on board for just about anything. It’s just me who’s a bit of the scaredy-cat. But even I’m open to a lot of things…. and my tales of past travels probably speak to that.

You know what I think? I think that life needs just the right amount of adventure.

I’ve done silly things, made choices that took me on wild paths, and pursued a lot of unique passions and experiences. I just don’t like to jump off of tall things. ¯\_(ツ)_/¯

To that end, I thought I’d share a few short tales of the crazy times I’ve experienced across the globe, each in 100 words or less. Maybe they’re not the most riveting stories, but their mine.

In 2008, the Red Sox won the World Series. From our tiny, fluorescent-lit dorm room, my friends and I watched a growing crowd. 100+ students were roughly shaking a streetlamp, threatening to topple it.

Moments later, we found ourselves outside in the crowd, chanting something about the Red Sox. I was shoeless and had forgotten my glasses. Suddenly, someone yelled “cops!” And away we ran.

Don’t ask me why I ran. I’d done nothing wrong. I care squat about sports. But fleeing authority through a small town in a throng of crazed students is perhaps my sole act of adolescent “rebellion.”

Rosie the cow was an escape artist. Big, black, and bovine, she wasted no opportunity to break free from her paddock in search of her neighbor friend, brown cow. But it was our job to keep her safe, as housesitters on a sprawling Western Australia property.

So we tempted her with food, tried to use the dogs as herders, coaxed her with delicious hay, and occasionally, had to run pell-mell down the country roads after her.

Eventually, we discovered if we just followed in her wake, she’d let herself back into the paddock when she was good & ready.

Backpacking Europe. 5 euros got you a pint and a pair of headphones, and entry to Roisin Dubh’s Silent Disco.

The Galway venue had an old world feel, but a modern vibe. Climbing several flights of twisting stairs, we found ourselves witness to a Gaelic slam poetry reading.

I didn’t know what was being said by the impassioned poet, but the lewd gestures were pretty clear.

Later, we donned headphones and waded into a sea of people seemingly grooving to silence. “Born in the USA” played in my ears. Fists pumping, voices blaring; For a few moments, we were all from ‘Murica.

Theatre kids. We bring the fun.

Every spring we held our own brilliant scavenger hunt. Teams dispersed across the campus, scoring points for goals accomplished–photo evidence required.

Activities ranged from asking a stranger to propose to you to laying down in the roundabout (so safe, yes?).

The mega prize was awarded to any team that managed to sneak into the college theatre and take a buck-naked photo on the mainstage, tastefully posed of course. At 1000 points per butt, I have to admit I stripped down for the sake of my team. Fortunately, all photos have since been deleted. Right?.

Daytona Beach. 2004. My dance team was invited to be part of the famous NASCAR race: in a patriotic opening number.

We were only a small number in a massive crowd. I had to arrive at 3am and practice for two straight days in the rain, but there were a few standout moments during the event.

President George W. Bush waved (at me, I swear) as he exited his helicopter.

Right before performing her big number “ROCK in the USA”, I saw LeeAnn Rimes mouth the words, “oh shit.” All in all, a good day to be on live TV!

A Scottish Race in the Dark

You don’t realize how unfit you are til you’ve participated in a night scavenger hunt with a Scottish mountaineering club. My flatmate talked Nathan and I into it, so off we went, equipped with flashlight aka “torch,” and a friend who could navigate.

As I huffed and puffed up the heathery hills, I couldn’t help but wonder what I’d gotten myself into. We walked across mountain tops with nothing but sheep and waded through muck and mire.

At the end, a roaring bonfire greeted us, and everyone toasted a job well-done, even the mostly American team (cough, ours) which came in last.

Don’t ride the trams in Prague without a ticket. Sounds like common sense, but my friend and I thought one quick stop wouldn’t hurt.

Oh, we were noticed.

Two men asked for our tickets. Having none, we were escorted off the tram at the next stop. But we weren’t set free. The men demanded we pay the hefty fine for riding without a ticket. They wouldn’t listen to our pleas and marched us to an ATM. They said “either you pay or we go to Czech police.”

One time I met a man in a hostel. With his slight southern drawl he was cute and sweet and fun to talk to. We went out for whiskeys in the Old Town. We kissed in a bar called Frankenstein’s. We wandered Edinburgh’s streets in the middle of the night amidst unusual gale force winds.

There was something magic there. But he left only two days later.

We kept in touch on Facebook. I was in that optimistic phase that perhaps only youth brings. I decided somehow, someway we had to see eachother again, even if only to have one perfect European weekend.

He was able to get to London on a specific weekend. I canceled my entire return flight and bought an entirely new ticket. I may have even put it on my credit card. It was wild and unexpected and oh so the right thing to do.

Because of that changed reservation, that man is my husband.

I hope you enjoyed my little tales! I admit the last was closer to 150 words. The challenge of boiling whole stories down to 100 words? Not sure it’s something I’ll be trying again soon…..