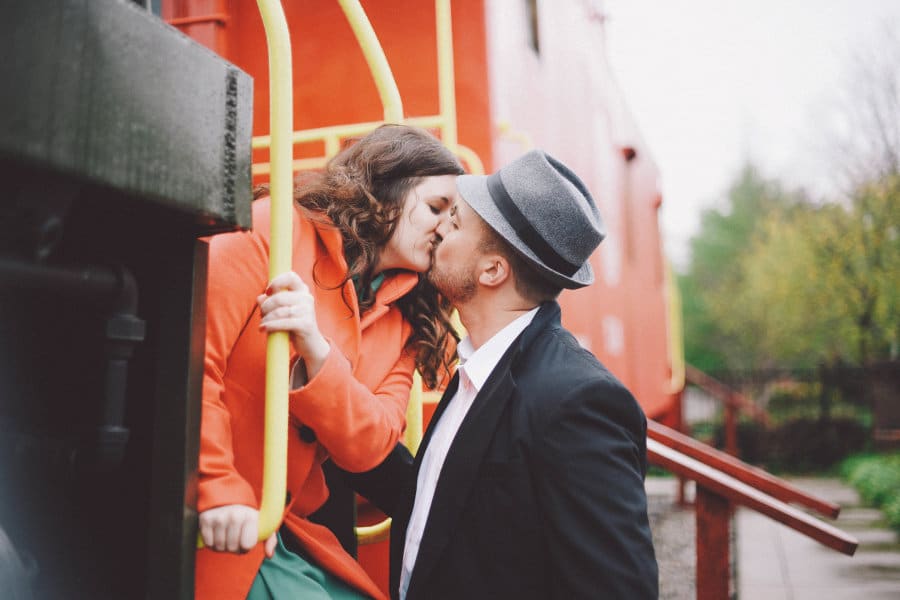 Let me tell you a story. It’s the story of how I met my husband, across the world.

How I Met My Husband in a Hostel in Scotland

It all began in the summer of 2011. A young woman, sad but brave, asked a cute Greek boy for his phone number. Emboldened by a recent breakup (the 2nd in as many years) she figured, what have I got to lose?

The boy gave her his number. They went to brunch. It was the day after her 25th birthday.

And yet, it didn’t matter.

Casually he mentioned a recent backpacking trip he’d taken through Europe. This was just what the girl had been dreaming of. Her brief crush instantly forgotten, the talk turned to travel. Her eyes glowing, she wanted to hear every word of his adventures.

You can do it, he told her. Just say you’re going, and then go. So, when are you going?

It was a chance meeting and a bold move that had lead her to just the right person. The one who gave her the push she needed to take off.

It was decided. The day after she turned 25, she made a decision. She would go to Europe.

Less than 3 months later, she left, bound for England, a place she’d only dreamed about. This was her first trip abroad, and full of so much promise.

She didn’t sleep a wink on the plane. In London, she met up with her best college pal, Ryan. Breathless with excitement, they rocketed through London in only a few days’ time. Their adventure was just beginning.

A last-minute change in plans steered their course away from their intended destination of York and towards Edinburgh, Scotland. It was only the 3rd day of their backpacking trip when they landed in the Belford Hostel.

The Belford was an old converted church. Colorful stained glass lined the dorm room walls unexpectedly and the hallways were drafty and cavernous.

The girl had hoped to meet a boy on this trip: a dark and handsome Irishman, or a mysterious Italian. She had PS: I Love You fantasies playing on repeat in her head.

But sitting across from her that day in the hostel dorm room, it was not a European she encountered, but an American. He had a slight southern drawl and piercing blue eyes.

The boy was a few years older, traveling on his own. He was skinny, having spent several months in the Moroccan desert. Soft-spoken and friendly, he was a gentleman.

R and the girl invited the boy to join them for a dram of whisky. There they got to know one another better. The girl could sense immediately that she was drawn to this boy, her attraction not owing only to his appearance but to the sense of goodness that surrounded him. When he inquired if she and R were a couple, she adamantly replied “No,” perhaps a bit too loudly, and threw back her whisky.

The next day, the boy joined them again for the least romantic of events, the backpacker pub crawl. It was a great way to meet other young people traveling in Edinburgh and to enjoy some cheap and copious adult beverages. And a great excuse to spend time with this boy.

They were together all night. Finally, in a bar called Frankenstein’s, amidst animatronic monsters and test tube jello shots, the boy and girl shared a first kiss.

But the silly location didn’t matter.

It was only the two of them, and that moment.

The pub crawl ended, and they all retreated to the Belford.

I’m not tired, are you tired?

Ryan went to sleep and the boy and the girl took back out to the streets of Edinburgh.

That night was a cinematic treasure. There was a bright moon and blustery winds and cobblestone streets. There was laughter and embraces and learning about each other.

This was just the beginning for these Two Drifters… 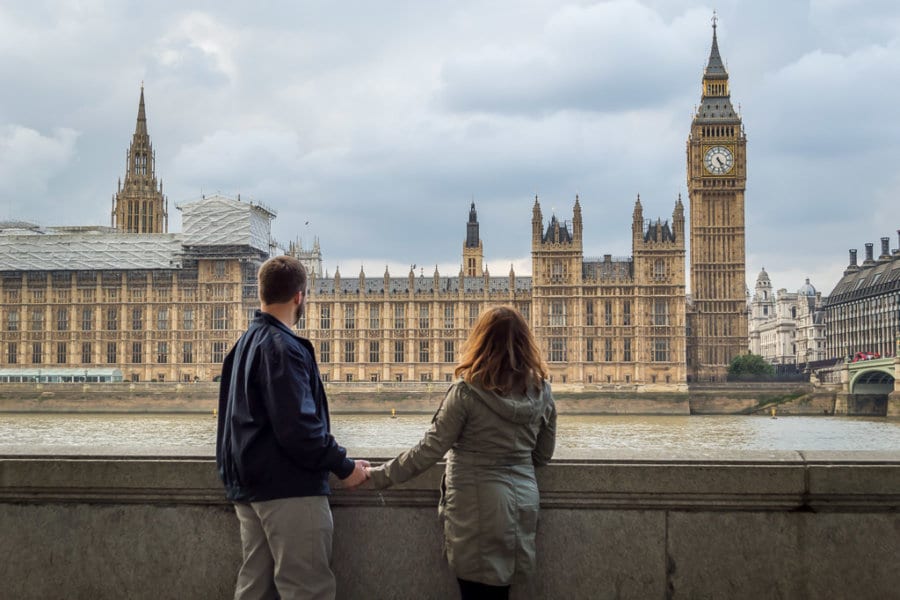 Only 2 days after their midnight walk, the boy and the girl parted ways. He headed northward toward the Isle of Skye. She, to Ireland to continue her backpacking adventure with Ryan.

This was someone I know I could love. She wrote in her diary.

Sentimental, sure, but she knew something was different. He was kind, honest, and good. It didn’t take more than a moment to understand those things about him.

They messaged back and forth, chatting about their journeys and their daily lives. A more reasonable person would have moved on, forgotten the boy and looked forward.

But the girl could not. She had a sense that there was more to the story.

She knew she needed to see the boy again.

So she mustered her boldness and invited him to meet her in London. He agreed and they shared another memorable weekend, wandering through Notting Hill, enjoying a chilly winter festival and sipping mulled wine.

But again, it came time to part.

Euston Station felt cold and unwelcoming. They hugged and she suppressed her tears, knowing this would likely be their last time together. She kissed his cheek, and his train came.

The next day, she returned to America.

For awhile, their messages tapered. Perhaps it all felt a bit hopeless. Then, suddenly, they began talking on the phone, almost every day, and for hours.

They got to know one another better, discovering how much they enjoyed the other’s company. She had never found a better listener. He had never laughed so much.

Chats turned to a visit. By the end of their week together in Vermont, it was clear this was not going to be the end of the story.

For a year or more they continued their relationship, despite the division of states, countries, and sometimes continents. The boy went to Thailand. She returned to Scotland for grad school.

But through it all, their love only grew stronger. There were challenges and there were struggles, but they cared deeply for one another.

And so it continued…. they traveled together, they took adventures, they lived in new places. They journeyed to Australia and bought a campervan, which made for unusual and unforgettable memories.

They were very different people. He, an introvert, she, an extravert. She was chatty and expressive. He was solemn and thoughtful. Despite these polarities, they were continually drawn together: by a love of knowledge, a desire to explore, and most of all, an appreciation for travel. They loved deep conversations, philosophical discussions, and making the most out of life. Over time and across the world, their bond only grew stronger and more profound.

And then one, early Autumn day almost 4 years later, that boy asked her to marry him, and the planet shifted.

From that point on, their journey would have a different meaning, knowing that this was real, and this was forever.

I hope you enjoyed the story of how I met my husband Nathan! I had a lot of fun writing it, as it allowed me to be as sentimental as I was when I was writing in my journals back in 2011. Wondering where we are today? Check out our About Us page for the most up-to-date information!

You can also read this companion story about how we met, with some of Nathan’s thoughts: From Hostel to Honeymoon: A Story of Love & Marriage